Despite FTX’s Collapse, Miami’s Mayor is Still a Bitcoin Believer 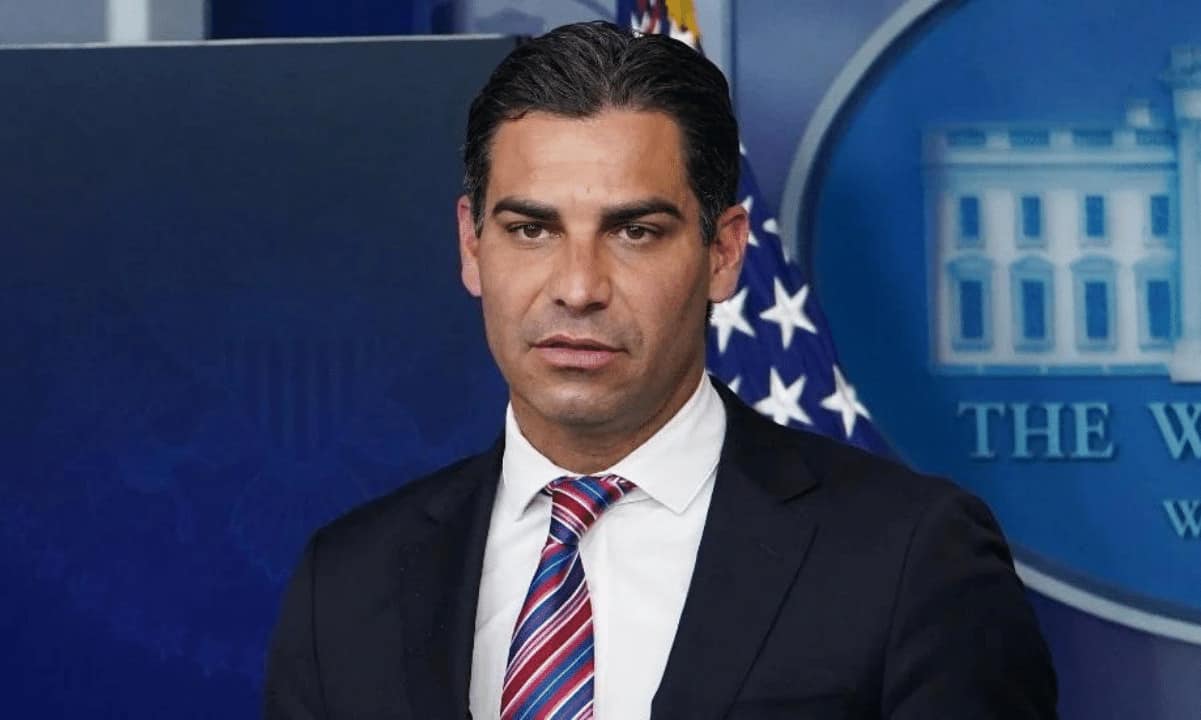 Miami’s Bitcoin-bullish Mayor, Francis Suarez, remains faithful to the asset after the collapse of one of the world’s largest crypto exchanges shook confidence in the industry.

The mayor suggested that Bitcoin can still provide numerous benefits not offered by the fiat currency system.

Could Bitcoin Replace the Dollar?

During an interview with CNBC on Friday, Suarez was asked if he believed regulators were to blame for allowing the FTX catastrophe to develop and eventually explode. Certain industry leaders, such as Coinbase CEO Brian Armstrong, have blamed a lack of regulatory clarity in the U.S. for driving the industry to unregulated markets overseas.

Suarez, however, chose not to point fingers.

“When people lose money, and things don’t go the way that they expect, everyone wants to blame someone,” the mayor said. “We live in a capitalist country, where people risk capital. Sometimes it works out for them, sometimes it doesn’t.”

Part of Suarez’s enthusiasm around Bitcoin from a belief in its potential to spread free market principles across the world. In December 2021, he claimed Bitcoin could “eradicate communism on the planet, liberate people and democratize their choices,” thanks to its immunity to monetary debasement.

Some have even cited this quality when theorizing about how Bitcoin could replace the dollar – something Suarez’s interviewer called a “ridiculous notion.” Although Suarez hesitated to back that claim, he acknowledged Bitcoin for having advantages over the fiat currency system. Those include the blockchain’s ability to create “efficient transactions,” and aid in cross-border remittances.

Suarez also pointed to the growing momentum in favor of digitizing the dollar through stablecoins – cryptocurrencies backed 1:1 with hard currency.

Suarez found himself in competition with New York City mayor Eric Adams in 2021 to prove which politician was most devoted to Bitcoin. After Suarez promised to receive his next paycheck in BTC, Adams announced that he’d receive his following three paychecks in the top two cryptocurrencies.

At Miami’s Bitcoin conference in April of last year, Suarez voiced plans to integrate Bitcoin into “every aspect of society.”

SPECIAL OFFER (Sponsored)
Binance Free $100 (Exclusive): Use this link to register and receive $100 free and 10% off fees on Binance Futures first month (terms).

PrimeXBT Special Offer: Use this link to register & enter POTATO50 code to receive up to $7,000 on your deposits.