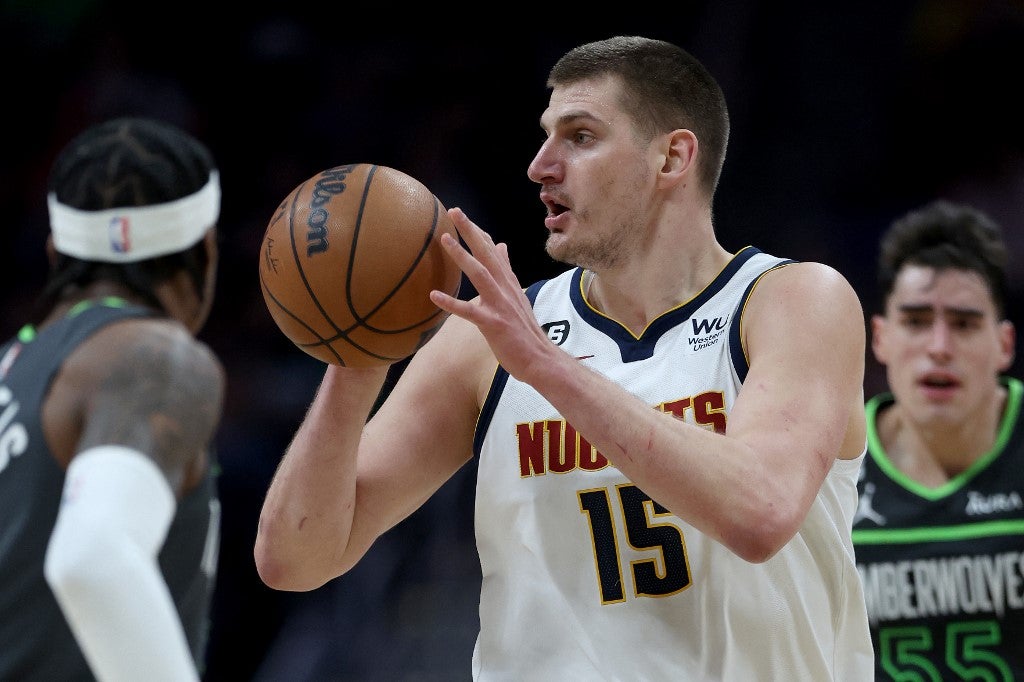 Nikola Jokic #15 of the Denver Nuggets passes the ball against the Minnesota Timberwolves in the fourth quarter at Ball Arena on January 18, 2023 in Denver, Colorado.  Matthew Stockman/Getty Images/AFP

Nikola Jokic had 31 points, 13 assists and 11 rebounds, Jamal Murray scored 28 points — including a go-ahead basket in the final minute — and the host Denver Nuggets beat the Minnesota Timberwolves 122-118 on Wednesday night.

Jokic, who recorded his 14th triple-double of the season and the 90th of his career, passed Alex English for the most career assists by a Nugget. English dished out 3,679 assists in 837 games with Denver, while Jokic now has 3,686 in 568 games.

Bruce Brown scored 16, Aaron Gordon added 12 and Kentavious Caldwell-Pope had 11 for the Nuggets, who have won eight straight overall and 15 in a row at home.

Jaden McDaniels had a team-high 18 points for Minnesota, which lost its second game in a row. Naz Reid scored 17, Anthony Edwards and Luka Garza had 16 each, Taurean Prince added 14, and Kyle Anderson and D’Angelo Russell scored 13 apiece for the Timberwolves. Anderson also logged 11 rebounds and eight assists.

What a night for Nikola Jokic:

The Nuggets played their second straight game without head coach Michael Malone, who was placed in health and safety protocol before the team’s Tuesday win against Portland.

Minnesota trailed by as many as 10 in the first half but rallied to take a 60-55 lead into the locker room.

The Timberwolves built the lead to 10 early in the third quarter. Denver rallied to get within two, but Jokic picked up his fourth foul with 6:51 left in the period.

The Nuggets were down just 82-80 late in the quarter but trailed 95-88 heading into the fourth.

The teams traded baskets to keep it a four-point game with 3:16 remaining. Murray sank a layup to make it 115-113 before Russell drained a 3-pointer from up top. Jokic hit two free throws and Murray followed a Timberwolves miss with a 3-pointer to tie it at 118 with 2:05 left.

Minnesota had two empty possessions, and Murray’s floater with 55 seconds left gave Denver a 120-118 lead. Edwards missed on the other end, and Gordon sealed the outcome with a dunk with 13.1 seconds to go.