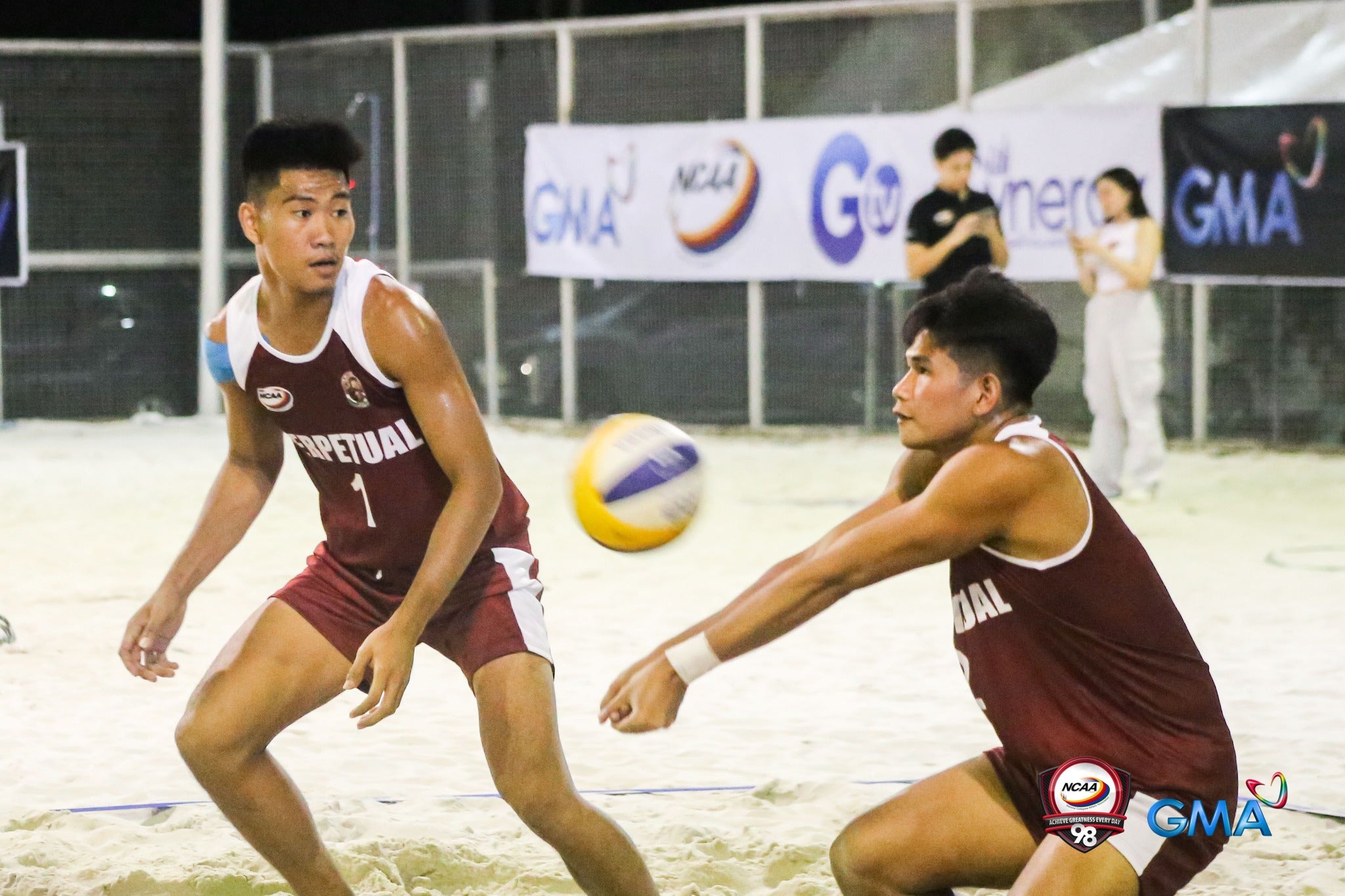 MANILA, Philippines — The University of Perpetual Help secured semifinal berths in the men’s and women’s beach volleyball competitions of the NCAA Season 98 as both squads remained unbeaten in seven games on Thursday in Subic.

The Lady Altas pair Mary Rhose Dapol and Janine Padua inched two games closer to sweeping the elimination round after dealing the first defeat of Emilio Aguinaldo’s  Catherine Almazan and Monna Banares, 21-7, 21-12, and taking down Mapua’s Frances Macatangay and Raina Vergino, 21-9, 21-10, for their seventh straight win.

There will be no outright finals ticket even if Perpetual Help swept the eliminations. The top two teams will gain twice-to-beat advantages in the Final Four. In the women’s competition, EAC and Letran, who hold identical 6-1 records, moved a win away from earning the second and third semis berths as the Lady Generals bounced back by defeating the Lady Cardinals, 22-20, 21-16, and the San Beda Lady Red Spikers in the afternoon, 21-17, 21-14.

San Beda, composed of Trisha Paras and Maxine Tayag, tightened its grip on fourth place with a 4-2 record by beating College of Saint Benilde’s Jessa Dorog and Wielyn Estoque, 21-19, 21-15, before losing to EAC in the afternoon.

In men’s action, EAC’s Pitogo and Ramilo rebounded from their loss to Perpetual Help with a 21-12, 21-16 victory over Mapua, which lost Marlowe Jamisola due to health condition with substitute San Andres replacing him in the competition.

The Generals are a win away from booking the second semis berth. The Arellano Chiefs swept their two assignments as the pair of Adrian VIlados and Arman Guinto took down the winless JRU, 21-11, 21-16, and the hapless Lyceum, 21-11, 21-18, to solidify their hold of the third spot with a 5-1 record.

San Beda currently holds the fourth spot with a 4-3 card. But San Sebastian (3-3) as well as CSB, Letran, and Mapua, who are tied at 3-4, are still in the semis hunt. Lyceum and JRU bombed out of contention after both teams remained winless in seven games.